Baimiweng Fort is located at the western entrance to the port of Keelung. It is the smallest of the four forts of Keelung, but in exchange offers a wonderful view of the sea and on the harbor (from a small hill next to the fort). The fort served as an artillery battery and was used in this role during the brief Spanish and Dutch colonial eras, which is why it is also known as the “Dutch Fort“. It was given its present appearance during the Japanese colonial era when it was rebuilt in 1904. The fort is a must-go for anyone interested in military history. Although today one can no longer have a look on military equipment, the typical 20th-century fortification architecture with observation stands, powder magazines, etc., which are all accessible, provide a great backdrop for imaginary “time travel”. That is why it is also a popular backdrop for Taiwanese television and film productions. 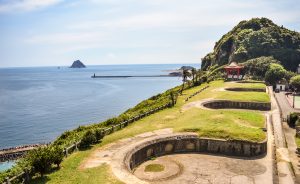 Nearby there are also a number of interesting Buddhist and Taoist temples, e.g. the Buddha Hand Cave and the magnificent Keelung Shengan Temple.From here you can enjoy a particularly good view over the city and harbour of Keelung. The Buddha Hand Cave is a naturally eroded cave that has been used as a Buddhist temple since the second half of the nineteenth century. In it are numerous historical Buddhist images carved from the stone. The fact that this temple complex was built inside a cave is probably due to Daoist practices in which many hermits withdraw into caves to gain enlightenment. The nearby Keelung Shengan Temple is about fifty years old and therefore still relatively young. It is dedicated to the goddess Mazu, a goddess very popular in Taiwan among the descendants of immigrants from Fujian Province, China. 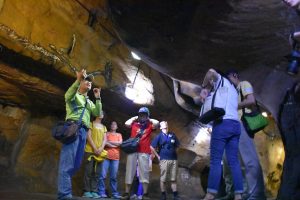 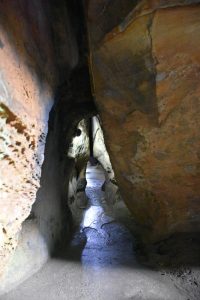 Have some extra time to explore a different area of Taiwan? Book a private tour with us where we can customise your experience to meet your expectations. Rather you like to hike, learn about culture and history or just catch a glimpse of Keelung’s port city,

Contact us today to see what we have to offer!